Whipped egg whites with Parmesan cheese folded in and then baked with the yolks nestled in the middle.

1. Preheat the oven to 450°F. Line a baking sheet with parchment paper an set aside.

2. Carefully separate the egg whites from the yolks placing the whites in a large mixing bowl and the yolks in a small bowl (make sure the yolks don't break and that there is no little pieces yolk mixed in with the whites).

3. Using a whisk or a stand mixer with a whisk attachment (I recommend using a stand mixer because it's a lot of whisking), beat the egg whites until stiff peaks form. Gently fold the Parmesan into the egg whites. Place four mounds of egg whites onto the lined baking sheet and press down then centers of the mounds to form small nests. Bake in the preheated oven until lightly browned, about 4 minutes.

4. Take the pan out of the oven and carefully slide an egg yolk into the center of each egg white mound and return to the oven. Bake until yolk is cooked to your liking, about 3 to 5 minutes.

5. Season with salt & pepper and serve. 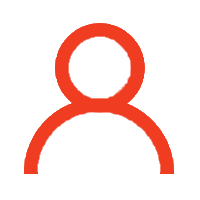 wow cloud eggs, This is super new to me but they look delicious, Defo going to be giving this a try on the weekend :)


Products We Use & Recommend