A Japanese spinach salad consisting of wilted spinach tossed with a sesame dressing.

2. Add the ground sesame seeds, soy sauce, honey, mirin, and sake to a small bowl and mix thoroughly, set aside.

3. Bring a pot of water to a boil and add the spinach. Cook for 1 minute then transfer spinach to a bowl of ice water to stop the spinach from cooking further and let sit for 1 minute.

4. Squeeze out as much water from the spinach as you can and transfer the spinach to a cutting board. Chop the spinach into bite size pieces and place the spinach in a large serving bowl. Pour the sesame dressing on the spinach and toss to combine. Sprinkle the 1 tsp of toasted sesame seeds on top and serve. 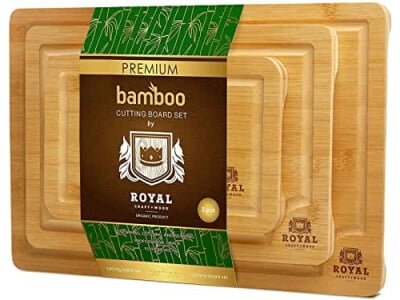 Rubbermaid Produce Saver Food Storage
Keep your produce fresher for longer. The storage containers are vented to allow air-flow and have crisp trays in the bottom to keep moisture from your produce.
Buy on Amazon

Zulay Kitchen Swivel Peeler
A sharp swivel blade vegetable peeler with an ergonomic handle. It may not make peeling potatoes fun, but it will make it easier.
Buy on Amazon

Oxo Box Grater
Coarse, medium and fine grating surfaces and a slicing surface. Also has a detachable container for catching and measuring food.
Buy on Amazon